It was nearly a year and a half ago that residents of Fort Lauderdale’s River Reach island community first learned the truth about Matt Block. A convicted orangutan smuggler and founder of one of the vivisection industry’s leading monkey supply companies, Block had managed to live a private life on the island until Smash HLS showed up with megaphones blaring. 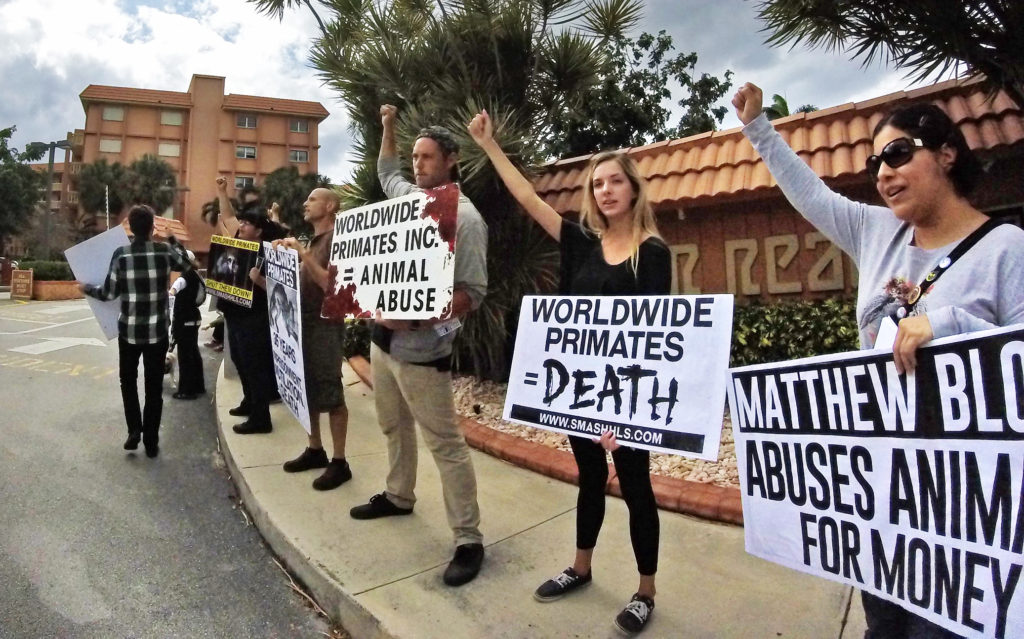 On Sunday, March 5th, we returned to River Reach to keep pressure on the Worldwide Primates founder as part of our #ShutDownWWP campaign. For two hours, close to 30 activists held signs, chanted, distributed leaflets, and talked with Block’s neighbors about his bloody business. Dozens of residents took time out of their day to hear about the monster living in building 4, #515. Many stopped on their way past the private community’s gates to take leaflets. Others heard our chants from the far end of the island and walked over in groups to learn more.

The general consensus? Disgust. “I’ve seen him,” said one resident. “Always got a creepy vibe but I didn’t know the whole story. Just awful.” Some remembered Block’s name from the last protest and weren’t shy about sharing information. “I’m pretty sure he’s kept monkeys in his place, because we hear strange noises and they don’t sound human, you know?” A few of Block’s neighbors were so repulsed by him, they grabbed signs and joined the fun.

Several neighbors took extra flyers, eager to spread the message throughout Matt’s building. One resident even formally invited two activists inside as guests, but the gatekeeper refused to let them in (another time!). A group of neighbors seemed committed to helping however possible. “We’ll be keeping an eye on him,” they promised. 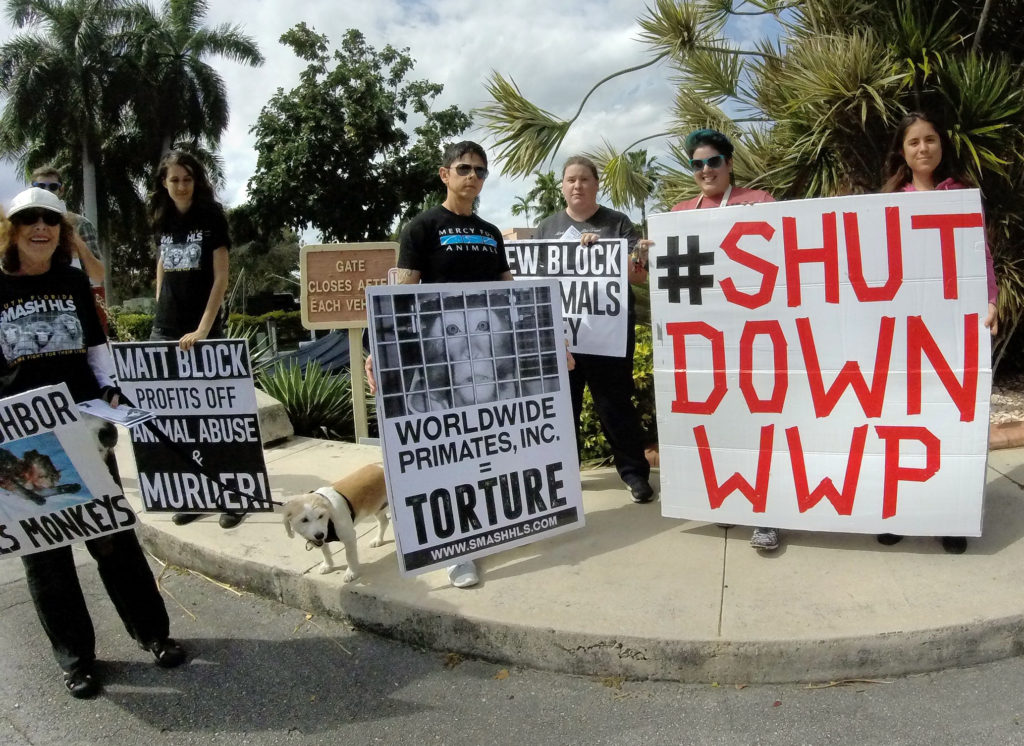 Three o’clock rolled around and we wrapped up the protest as scheduled, but we weren’t done for the day. Remember realtor Yvonne Sanandres, Matt Block’s longtime girlfriend? With her home just minutes away, we knew what we had to do…

To cap off the evening, activists gathered under drizzling rain in front of Yvonne’s home—a favorite hideout of Matt’s—to remind her and her neighbors that supporting monkey torture is unacceptable. We marched through the neighborhood, filling the otherwise dead streets with booming chants: Your neighbor’s boyfriend kills monkeys! Worldwide Primates kills monkeys! Shame!!! 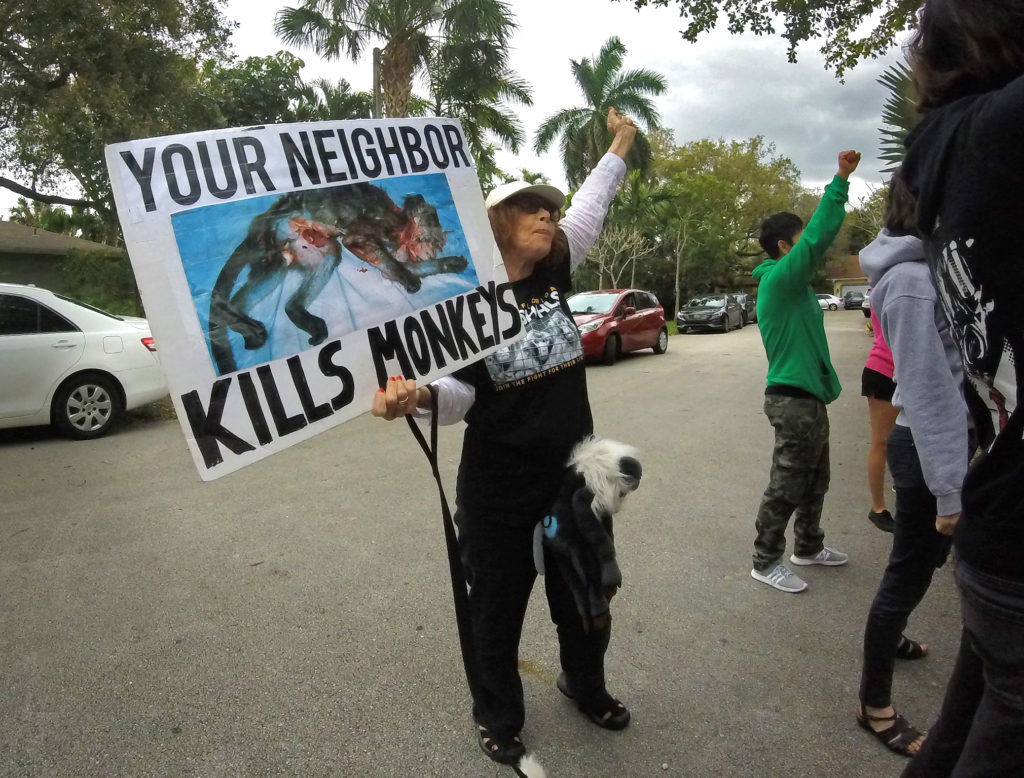 It was a Sunday well spent. But the fight to shut down Worldwide Primates is far from over, and we need all the help we can get. So spread the word, donate to the campaign fund if you can, and join us in the streets next time. Let’s make history for animals in labs!

Have ideas for the campaign? We’d love to hear from you at info@smashhls.com.