Bristol-Myers Squibb is a customer of Primate Products

Five months after a monkey was scalded to death in an industrial washing machine at its lab in Pennington, Bristol-Myers Squibb has again been cited by the U.S. Department of Agriculture after a second crab-eating macaque died at a New Jersey facility.

This time, the monkey died at the New Brunswick lab after it was left restrained and unattended, according to an inspection report from the USDA.

Company spokeswoman Jennifer Fron-Mauer confirmed the death, which occurred Dec. 17, but could not provide specific details as to how the primate died or its gender.

She did not say what kind of punishment was meted out.

The watchdog group Stop Animal Exploitation Now filed a complaint with the USDA demanding additional citations and punitive action, including “the largest fine allowable under the law.”

“This is a very clear incident of negligence,” said Michael Budkie, executive director at SAEN. “You don’t leave a primate unattended.”

The USDA’s citation could lead to a formal investigation of the pharmaceutical giant as well as financial penalties.

In July, a crab-eating macaque died at Bristol-Myers’ Pennington lab when its cage was run through the wash cycle. The dirty cage was moved to the wash room for sanitization and submerged in near-boiling water with the monkey still inside. When the cage was pulled from the wash, an employee discovered the dead monkey, the inspection report said. 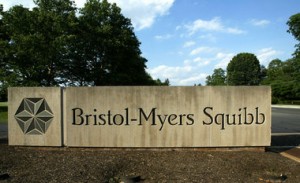 In the wake of the deaths, Bristol-Myers has implemented training and revised its operating procedures for handling and caring for lab animals, the USDA report said.

New York-based Bristol-Myers uses primates to test pharmaceuticals, a practice that has been repeatedly denounced by animal rights activists.

“Bristol-Myers Squibb takes great care to ensure that our strict policies and procedures regarding the safe and compassionate handling of animals, which are designed to prevent these events from occurring, are followed at all our facilities,” Fron-Mauer said.

The USDA has jurisdiction because it enforces the 1966 Animal Welfare Act — the only federal law that regulates the treatment of animals in research, exhibition, transport and by dealers, according to the department’s website.

“This is certainly something that gets our attention,” said Dave Sacks, a USDA spokesman. “We take our role in enforcing these facilities very seriously. We don’t like to see animals die accidentally.”

Both deaths were accidental but speak to a broader pattern that should be of concern for everyone, regardless of their feelings about animal testing, Budkie said.

“One primate death, you could attribute to a fluke, but when you start to see multiple primate deaths within the same facility, this becomes what can only be described as a pattern of negligence,” he said. “And if they can’t do basic things like staying with the animal when it is restrained or making sure there isn’t an animal in the cage before it is put in the cage washer, you have to question their ability to do anything scientific. … This calls in to question the validity of any kind of testing they are doing.”