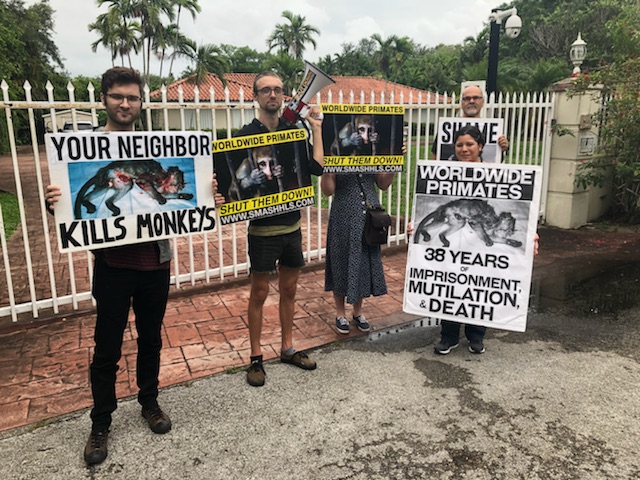 On Sunday, May 20th, six activists gathered unannounced in Pinecrest, FL to protest Worldwide Primates president Ira Block (who turned 29 a few days later) and his sister Elana. Along with their wildlife-smuggling father Matt Block, Ira and Elana are now behind one of the vivisection industry’s most egregious monkey supply companies. It was a small turnout but we were loud: the cops complained that we far exceeded the legal noise limit with our megaphones. We kept going while they struggled to locate a decibel meter, our animal liberation chants echoing loudly through the streets.

The industries we oppose are propped up by a network of individuals who prefer to live private, quiet lives. By disrupting that quiet, by confronting animal abusers and exposing them to their community, we can begin to pick apart companies like Worldwide Primates. We can bring their victims one step closer to liberation. We can #ShutDownWWP!