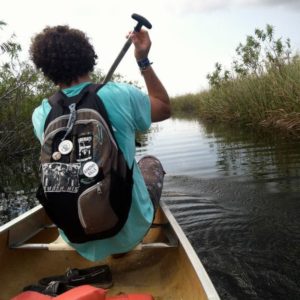 As a kid, I had one of those Wildlife Fact-File binders. I must’ve drawn each of the animals in it a couple hundred times. Most of my days were spent sketching or playing outside with the dogs— there were always four or five.

Looking back, I don’t recall having to ask whether I could keep a pet because my parents always advocated adopting dogs in need of a home. (Fun fact: my dad’s the guy who first proposed Wellington’s dog park!)

I was lucky to grow up in that kind of environment.

As a young teenager my awareness of the suffering of nonhumans developed more. After hearing the track Open Your Eyes by Goldfinger I stopped eating meat, and began reading about the horrors of factory farming. I thought of the beloved dogs with whom I shared such deep bonds.

“How could I love and respect them, yet remain apathetic to the plight of so many other animals?” I asked myself.

They all deserve to live free from human-inflicted pain and suffering, whether they live with me or not.

Within a few years I was writing animal liberation songs and carrying leaflets about veganism wherever I went. But eventually I realized that not eating animals wasn’t enough, nor was stopping traffic to help the occasional turtle cross a busy street.

I had to do more, and I had to make it count.

At the start of 2011, I stumbled upon a blog post celebrating a big win for animals. Amerijet, a large international cargo airline, had been taking heat for flying monkeys to laboratories for experiments. After just a few months of protests from the activist group South Florida Smash HLS, the company buckled and agreed to cease its involvement in the primate trade.

I was impressed. Until that moment, I’d only been familiar with a toothless caricature of activism, one bound by symbolic gestures and empty talk. But this was a real result. This was concrete.

I began reading about effective grassroots organizing, about the successes and failures of various resistance movements throughout history. Between my classes at Florida Atlantic University, I researched all I could about the SHAC campaign and other hard-hitting animal liberation efforts.

That spring I linked up with folks from Everglades Earth First!, who were then fighting to save the Briger Forest from being turned into a biotech city. It was through them that I met the founder of Smash HLS, Gary Serignese. We became fast friends.

Before I knew it, I was making the trek to Doral for my first protest with his group. I’ve been organizing with him ever since. During my time with Smash I’ve made some of my closest friends. It’s hard not to given all our adventures together, from road trips across Florida, to even getting arrested while protesting.

I think people’s fear of getting locked up for holding a sign tends to be, to the delight of those in power, disproportionate to reality. As a group we are careful to not incite anything illegal (the charges have always been dropped), but we’re all about pushing our First Amendment rights to the limit.

To date, our envelope-pushing demonstrations have spurred, I believe, a total of five airlines to stop shipping primates for use in experiments. They’ve also made hundreds of people aware of the dark side of vivisection.

The victims of animal experimentation often know nothing but the cold interior of a cage before they perish. All I’ve faced is a handful of nights in jail and some absurd lawsuits. It’s hardly a sacrifice.