On January 21, Cody Brooks was driving a truck pulling a trailer carrying as many as 100 monkeys on a highway in Pennsylvania when he turned in front of a dump truck, causing an accident that spilled wooden boxes holding monkeys onto the road. Three monkeys who escaped from damaged boxes were shot and killed by police. Brooks (pictured below) received a traffic citation. 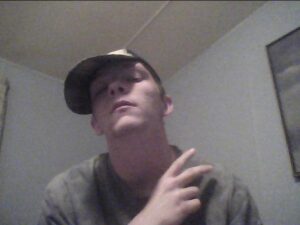 Brooks, who lives in Keystone Heights, Florida, has been a driver for Quebedeaux’s Transport (Arnaudville, LA) for several years.

According to media reports, the truck may have been headed to a quarantine facility in Florida. That would not be a surprise. Quebedeaux’s Transport has transported monkeys to Florida many times in recent years.