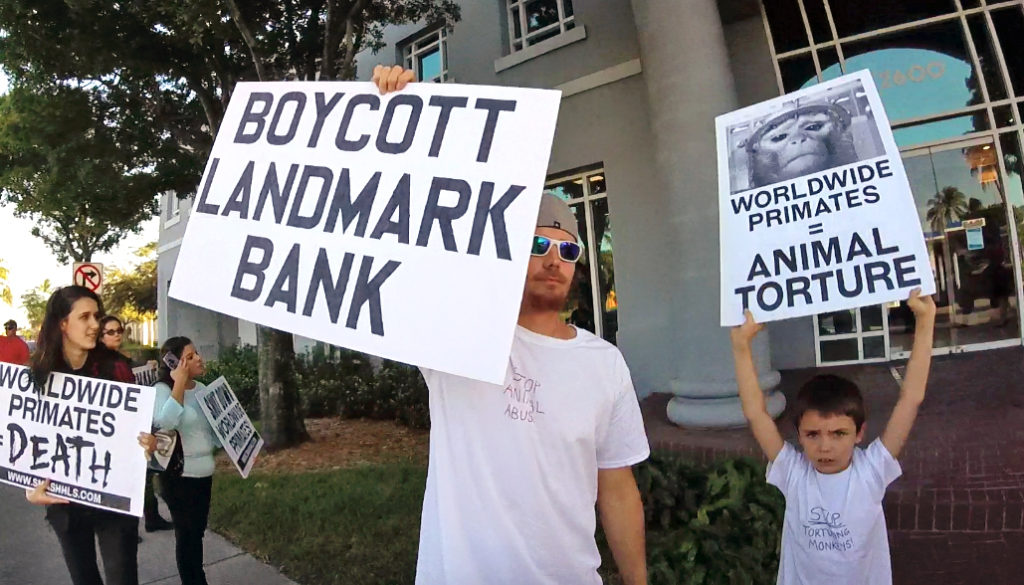 In early September, Smash HLS launched a new facet of our campaign against Worldwide Primates (WWP). News spread fast about Landmark Bank, N.A.’s $4 million loan to the notorious monkey supplier, and within days Landmark executives’ email boxes and cell phones were flooded with messages from outraged people around the globe. Pretty soon activists were disrupting the bank’s administrative offices and exposing the vice president’s hand in monkey torture to his neighbors and friends.

While Landmark’s conscience may not be clear, our message certainly is: Stop funding animal torture and cut ties with WWP, or continue to hear from us! 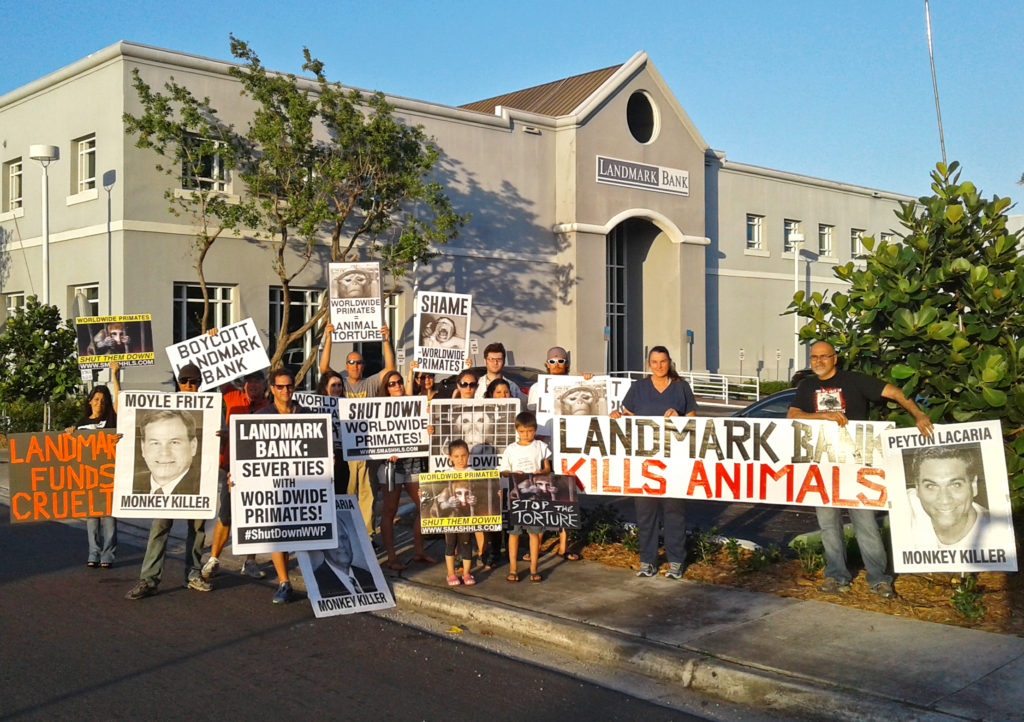 Last Thursday, we made good on that promise. Nearly 20 activists gathered outside the bank’s Coral Ridge branch in Ft. Lauderdale with megaphones, signs, and literature for passersby. Cops were already waiting—some monitored the protest on horseback two blocks away—but could do nothing to quiet our chants for animal liberation, despite pleas from branch manager Becky Norwood.

Although business was slow at Landmark, we were able to engage with plenty of customers. Most of them were aghast at their bank’s decision to sponsor monkey death. One customer even vowed to permanently close her account and took fliers to share with fellow Landmark users.

As work hours came to an end, we decided it was high time for a visit to the vice president’s Pompano Beach home! We gathered unannounced in Peyton LaCaria’s cul-de-sac and flooded the street with graphic descriptions of the mutilation made possible by his bank. Sadly, Peyton wasn’t as excited to see us as we were him (he stayed inside) but his next-door neighbor greeted us, telling us to “Leave Peyton alone!” We explained that we’d happily oblige if only Peyton would leave the monkeys alone. “What? Do you have a monkey in your back pocket?” We’re not quite sure what he meant by that, but it didn’t stop us from carrying on with the protest.

Other neighbors were more encouraging. Many gave thumbs up and some of those who got home late expressed interest in attending the next demo. All in all, Peyton’s community is increasingly repulsed by the shameful man living among them. 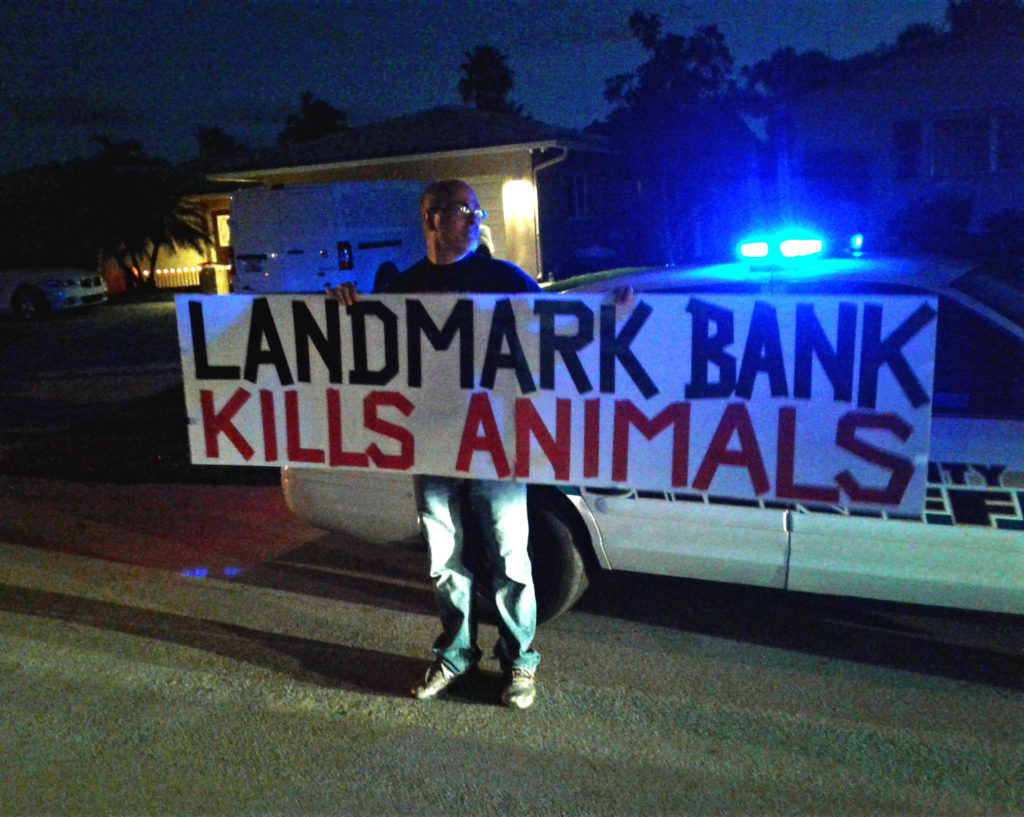 Over a dozen cops arrived around sunset. After chatting with Peyton inside, a sergeant declared our small protest an illegal assembly and insisted we could not protest without a permit. Citing a city ordinance—which makes no mention of a permit requirement—he went on to say we were tumultuous and had to immediately disperse. We asserted that we had a right to be there, no permit was required, and that being “tumultuous” is unconstitutionally vague.* But he did not want to politely work it out with us. Instead, he threatened us with arrest.

Having already made our point to Peyton for over an hour, we chanted once more before ending the night: “We’ll be back! We’ll be back! You won’t know when, but we’ll be back!”

*A trusted lawyer agreed that the law cited by the sergeant would not withstand constitutional scrutiny. Smash HLS will be following through with this, so stay tuned.