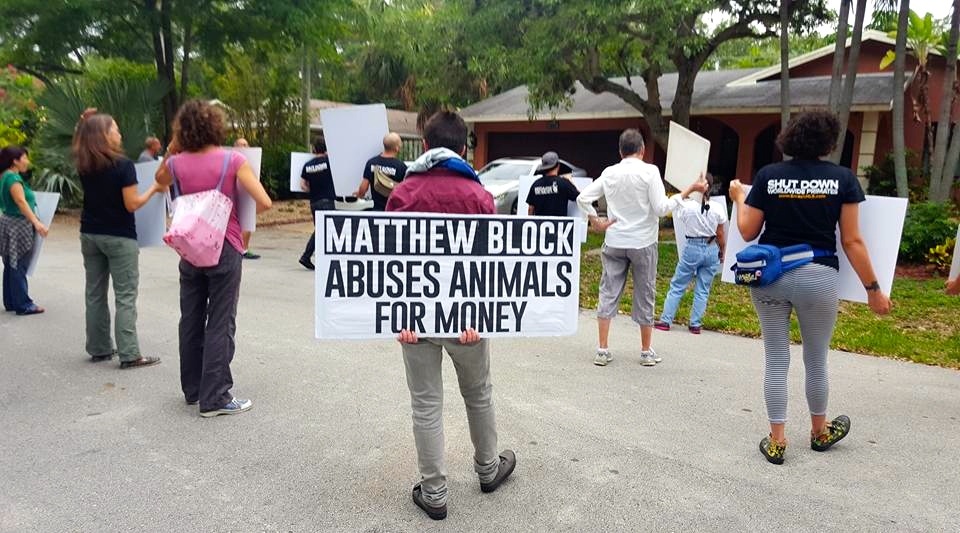 This past Sunday, Smash HLS gathered outside the home of a Ft. Lauderdale real estate agent for a special appointment. But we weren’t there to talk mortgage rates…

It was Yvonne Sanandres’ long-term relationship with notorious wildlife smuggler Matt Block that brought 30 impassioned activists to her front yard in Oak River. Matt, who profits off monkey torture with his company Worldwide Primates (WWP), was first protested at the realtor’s place in 2013. (Within weeks of exposing the affair, Matt and his wife filed for divorce!) Today, the monkey killer continues to take refuge at Yvonne’s, making it a great place to keep the pressure on him when we’re not outside his business or gated community. 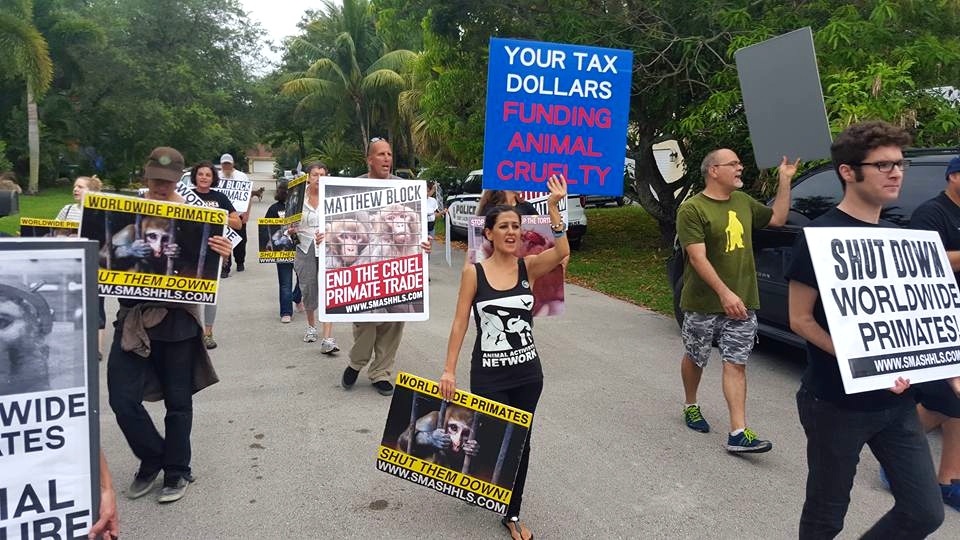 Joined by friends from Animal Activists Network, Everglades Earth First!, and Ft. Lauderdale Food Not Bombs, we flooded the quiet neighborhood air with animal liberation chants for two relentless hours. Dozens of Oak River residents congregated in the streets—one even chanted with us!—as we shamed Matt for the thousands of primates eviscerated and killed on his watch. “Stop the killing, stop the pain! MATT BLOCK IS TO BLAME!”

In talking with Yvonne’s neighbors, we learned of the lengths she has taken to keep her relationship with Florida’s most hated monkey dealer a secret: Back in April, she was reportedly seen sneaking onto doorsteps to snatch informational leaflets left by Smash HLS. Needless to say, the secret’s out now! 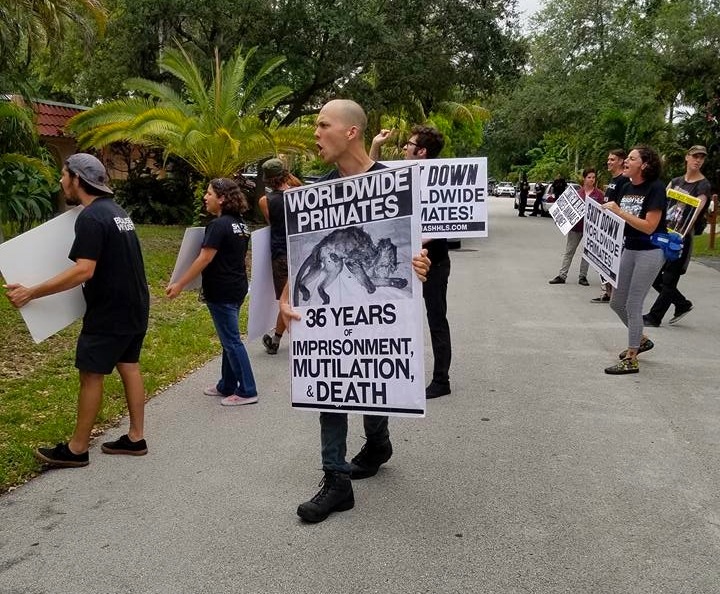 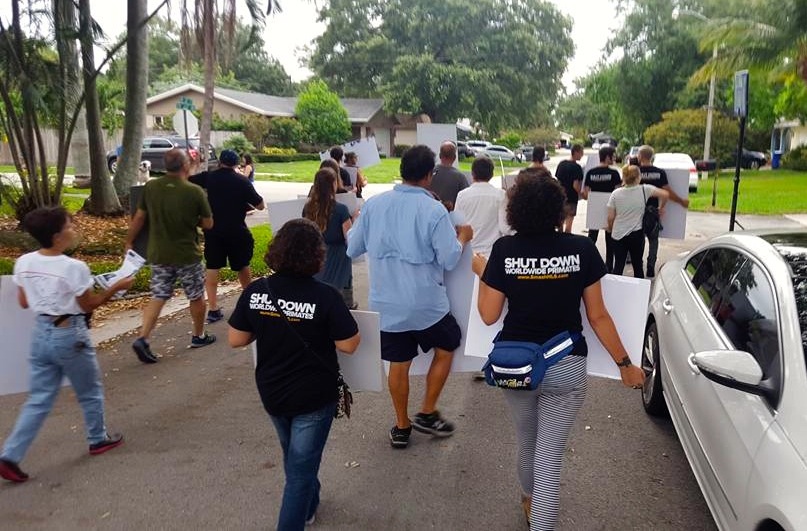