On most days, the River Reach private island community in Ft. Lauderdale is serene and quiet. Residents hear little more than distant birds, the occasional tennis match, and water gently lapping against the yachts that rim the island.

This past Sunday was different. 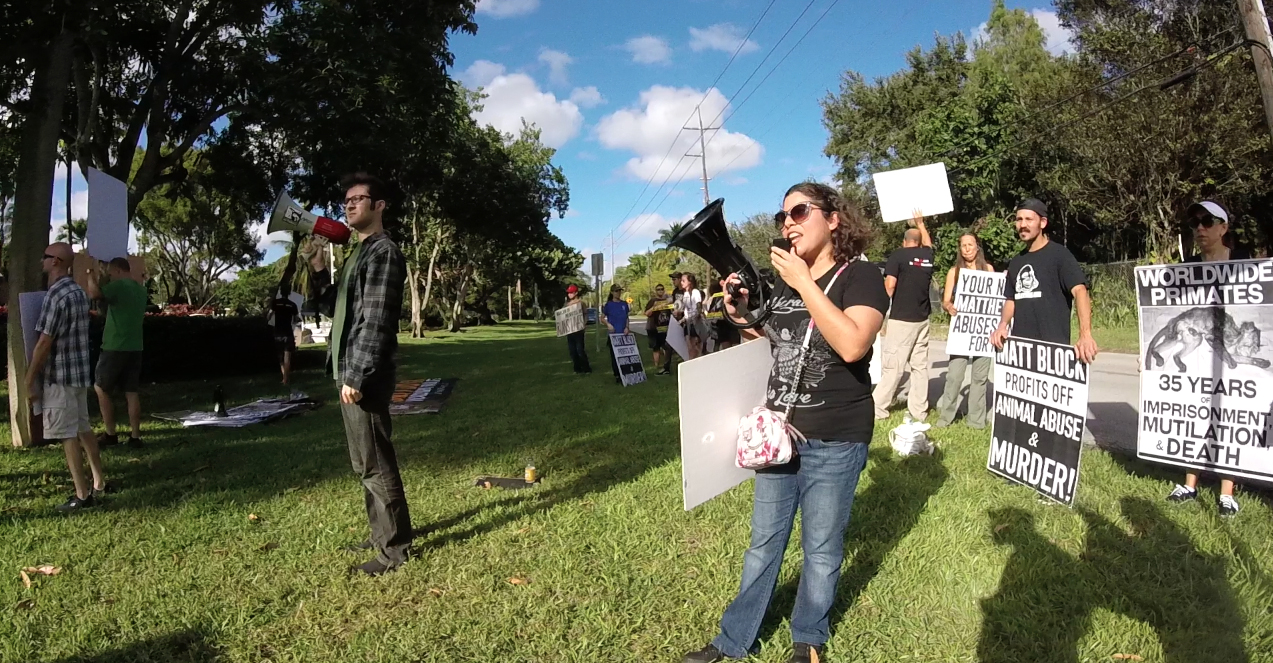 Equipped with megaphones, signs and banners, over 50 activists converged at the gates of River Reach to expose the island’s most secretive resident. Matt Block, South Florida’s infamous monkey dealer and founder of Worldwide Primates, has been hiding out in his fifth-floor condo since splitting from his wife Brooke in 2013. Matt had yet to introduce himself to his neighbors, so we decided to do the honors!

Joined by friends from Animal Activists Network, Everglades Earth First!, and Ft. Lauderdale Food Not Bombs, Smash HLS let the island’s residents know about the monkey killer living among them. We were met by over a dozen cops, some of whom patrolled the moat-like waterway by boat. Also present was Matt Block’s go-to private investigator, Stephen Sykes of Sykes Investigations, who was kind enough to record most of the protest (more on Steve later). 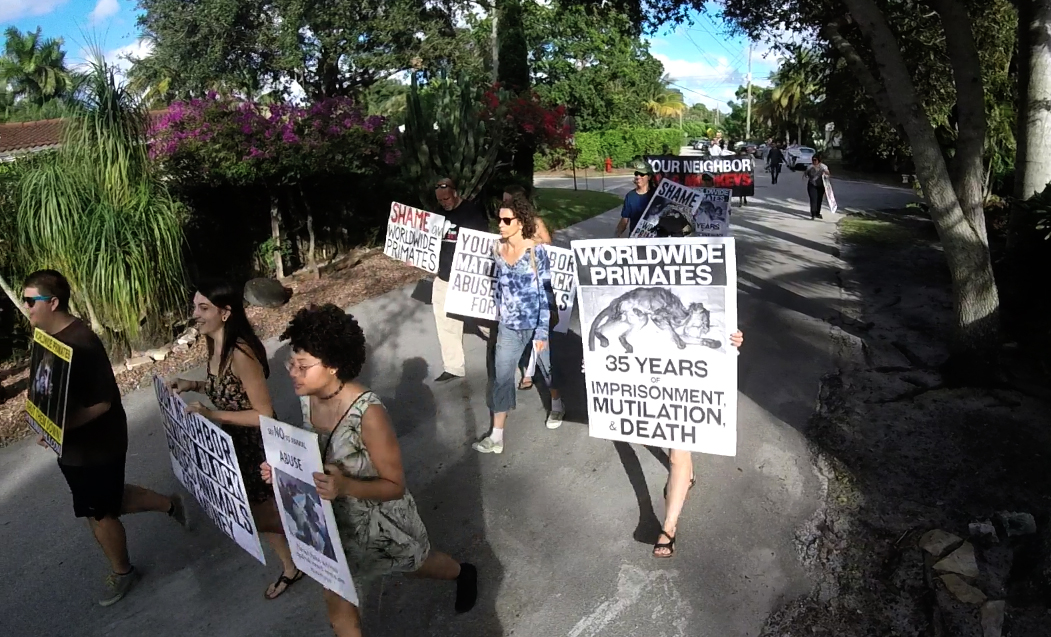 After an hour of outreach at the community’s only entrance, cops followed close behind as we marched and chanted through the streets to an adjacent neighborhood. There, we gathered in a cul-de-sac directly across the water from Matt’s building, pointed our megaphones to the fifth floor, and got loud! 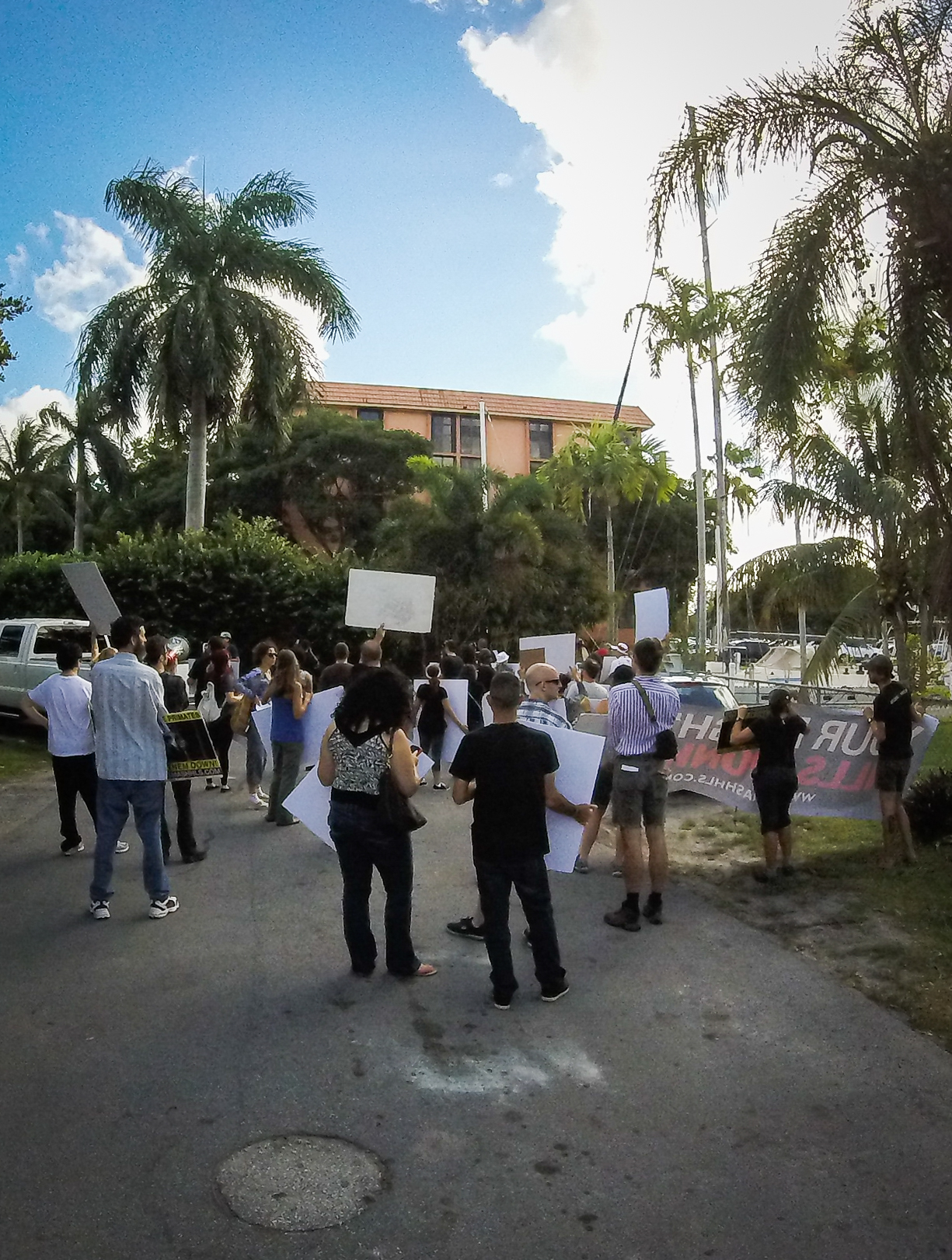 We eventually made our way back for more neighborhood outreach and to say farewell. All in all, it was a success! We passed out dozens of flyers with Matt’s mug on them, chanted his condo number for all to remember—“Building 4, 515!”—and filled the air with cries for animal liberation. Numerous passersby and River Reach residents were appalled when they heard about the blood on Matt Block’s hands. And this is only the beginning. Until Matt changes his heartless ways, until Worldwide Primates is no more, we’ll keep coming back.

Stay tuned and get involved. Together we can SHUT DOWN WORLDWIDE PRIMATES!