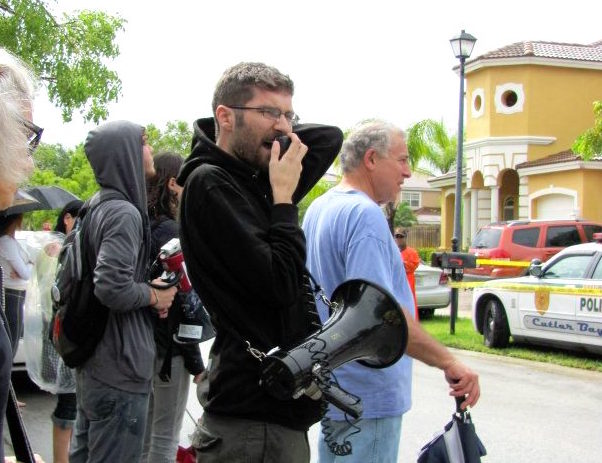 Gary, you’ve been an activist and organizer of grassroots campaigns for many years. How do you feel about the current state of activism for animals?

At a time of heart-breaking extinctions, extreme environmental degradation, and the highest meat production rate in US history, far too many people approach the fight for animal liberation as if it were a hobby. Something they’ll try to fit within the ready-made framework of their life. The methods we are using are not equal to the task. I think we need to look way beyond vegan outreach as the primary method to more concrete and political approaches.

Unfortunately poll after poll is showing otherwise. For instance, the most recent Gallup poll found very little change in the number of vegans in the last 6 years. And a 2016 poll found that there are far more former vegans than current vegans. They stated: “84% of vegetarians/vegans abandon their diet.” Clearly, an unbiased assessment would declare that the method of exclusive vegan outreach is failing…miserably.

Why is it failing?

We have to understand the source of belief in mass groups. In the main, people do not come to their beliefs through reasoned argument and debate. They are a product of socialization and material life. In general, “It is not the consciousness of a people that determines their existence, but their social existence that determines their consciousness.” The material conditions of their life and the social context that reinforces those conditions determine the thoughts of the masses. This is one reason why facts have so little impact on changing people’s minds. Their ideas largely reflect the dominant social structure of the world. From these thoughts I draw the conclusion that as long as we focus on combatting ideas and arguments, we will remain a weak minority opposition.

And how do we go about changing material conditions?

Revolution is my complete answer. But my transitional answer is by strategically targeting industries, destroying their infrastructure one by one, and by continuous determined action reshaping the landscape of the world. Meanwhile we will be growing as a militant revolutionary group, driven on by our just demands and inflexible fervor. As we force changes in the material conditions of life, we will see more and more of the masses drawn to the revolutionary side. I realize my thoughts will not resonate as strongly as bourgeois methods do at the time. But I have faith as material conditions change, as ecosystems collapse, as capitalism lurches forward in its unfettered death drive, we will finally realize the dire reality. It’s global revolution or death.

I take it you mean more than just a food revolution.

Of course. Animal liberation will not be achieved within the framework of the present social order. A vegan utopia surrounded by sweatshops, imperialist wars, environmental degradation, and all other existing evils, is an impossible fiction. A united front with other progressive causes must be formed. A militant stand, going way beyond consumer activism, is absolutely necessary. Together, through strategic revolutionary actions, we can intervene in ways that disrupt and change the coordinates of contemporary life.

One thought on “Beyond Vegan Outreach: An Interview with Smash HLS Founder Gary Serignese”