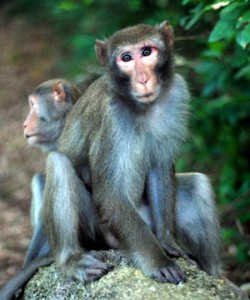 Last month, NAVA revealed how wild primates were being taken from the Peruvian Amazon by an academic-governmental consortium and shipped abroad for use in experimentation.

Primates were flown into Miami International Airport and quarantined at one of two centres; Primate Products who were exposed following stressed primates severely attacking one another and Worldwide Primates whose proprietor, Matthew Block, was prosecuted following the illegal smuggling of monkeys in China.

We know primates were finally transported by road to vivisection establishments across the US, including Huntingdon Life Sciences and the National Institute of Health.

Following NAVA supporters voicing their concerns and boycott pledges to the airline, we embarked in secret discussions with Senior Management regarding the future of their involvement in the transport of laboratory animals.

We are now in a position to announce that LAN have instigated permanent embargo on the shipment of any animals for research purposes and their cargo policy has been updated accordingly. The airline’s Chief Executive Officer today issued a letter to NAVA, stating the following:

“LAN does not transport live animals to laboratories, and in accordance with its policies will not transport same in the future.”

NAVA would like to send our thanks to LAN for their commitment to animals in laboratories. As a result, we request that all protest communication with the airline is ended and boycotts revoked with immediate effect.