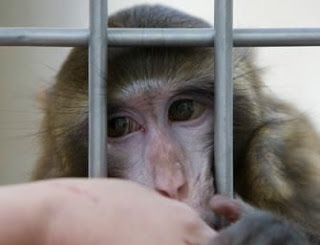 Question: Isn’t taking advantage of medications or procedures developed through the use of animals inconsistent with taking an animal rights position?

Answer: No, it is not. Those who support animal exploitation often argue that accepting the “benefits” of animal use is inconsistent with criticizing the use of animals.

This position, of course, makes no sense. Most of us are opposed to racial discrimination, and yet we live in a society in which white middle-class people enjoy the benefits of past racial discrimination; that is, the majority enjoys a standard of living that it would not have had there been a nondiscriminatory, equitable distribution of resources, including educational and job opportunities. Many of us support measures, such as affirmative action, that are intended to correct past discrimination. But those who oppose racial discrimination are not obligated to leave the United States or to commit suicide because we cannot avoid the fact that white people are beneficiaries of past discrimination against people of color.

We certainly could develop drugs and surgical procedures without the use of animals, and many would prefer we do so. Those who object to animal use for these purposes, however, have no control as individuals over government regulations or corporate policies concerning animals. To say that they cannot consistently criticize the actions of government or industry while they derive benefits from these actions, over which they have no control, is absurd as a matter of logic. And as a matter of political ideology, it is a most disturbing endorsement of unquestioned obeisance to the policies of the corporate state. Indeed, the notion that we must either embrace animal exploitation or reject anything that involves animal use is eerily like the reactionary slogan “love it or leave it,” uttered by the pseudo-patriots who criticized opponents of American involvement in the Vietnam War.

Moreover, humans have so commodified animals that it is virtually impossible to avoid animal exploitation completely. Animal by-products are used in a wide variety of things, including the asphalt on roads and synthetic fabrics. But the impossibility of avoiding all contact with animal exploitation does not mean that we cannot avoid the most obvious and serious forms of exploitation. The individual who is not stranded in a lifeboat or on a mountaintop always has it within her power to avoid eating meat and dairy products, products that could not be produced without the use of animals, unlike drugs and medical procedures, which could be developed without animal testing.