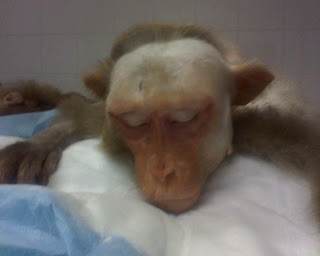 Nova Southeastern University, in Davie, will no longer do business with Primate Products, the controversial animal research facility in Doral, according to the Animal Rights Foundation of Florida.

An administrator admitted the school has purchased monkeys from the facility for a research project funded by the National Institute of Health says Don Anthony, ARFF spokesperson.

“They informed us that they will not be working with that facility in the future,” Anthony says. Calls to Nova were not immediately returned.

Last week, the USDA announced it will conduct an special investigation of Primate Products.

“They’ve chosen not to be associated with the disturbing, bloody photos,” Anthony says. “We’re glad they came to this decision. There’s no reason any research should be using live animals.”

Animal rights advocates say 90-percent of [U.S. medical schools] no longer use live animal labs [to train medical students]. “That includes Yale and Harvard,” Anthony says. “If this type of research was so vital, like some people claim, everyone would be doing it. But they’re not.”

Local activists say they will continue protesting Primate Products — and the home of president Donald Bradford — until the facility closes down.