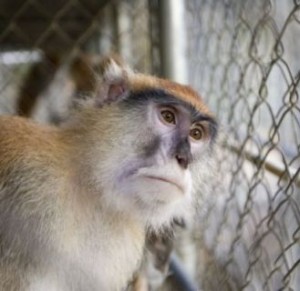 The Puerto Rico Supreme Court has shot down a request to reconsider its blocking of a primate-breeding facility in Guayama.

The top court found that Bioculture Puerto Rico Inc. has no legal permit to build the facility, which would have supplied monkeys for scientific research around the world.

Bioculture Puerto Rico Inc. had first turned to the Supreme Court in November seeking to overturn a September ruling by the Appeals Court of Puerto Rico, which upheld a lower court’s decision to suspend the company’s construction permit.

A Superior Court judge had found that Bioculture’s construction permit should not have been issued because the land is not zoned for such a facility and ruled that all further construction of the monkey-breeding facility be halted. Construction was subsequently allowed to continue pending appeal.

In a 6-3 ruling last month, the Supreme Court determined the company has no standing to overturn the lower court rulings. Its rejection Tuesday of Bioculture’s petition to reconsider caps a lengthy court fight that started with a lawsuit filed by Guayama residents and People for the Ethical Treatment of Animals (PETA).

Bioculture attorneys argued the lower courts erred because the group of citizens challenging the validity of the permit suffered no concrete damage that allowed them to seek a court remedy.

They also said the courts wrongly added additional criteria for the permit that wasn’t found in the Planning Board’s zoning regulations and also ignored established jurisprudence that gives deference to agencies in interpreting government regulations.

A group of Guayama residents and animal-rights activists took the project to court on humanitarian grounds and because they said it presented a threat to the surrounding community.

Bioculture officials have said they would run a state-of-the-art facility that would provide much-needed jobs in the community and help Puerto Rico develop into a center for world-class medical research. The company said the facility would play a key role in Puerto Rico’s quest to develop a knowledge-based economy.

The company, which also maintains facilities in Israel and Mauritius, planned to raise primates for local use and export.

One of the main economic-development goals of successive government administrations has been to reposition Puerto Rico from a manufacturing site to a more developed destination where the research & development (R&D) of new products can be undertaken as well.

Puerto Rico’s large number of pharmaceutical plants gives it an advantage as it seeks to develop increased R&D.

The local Manufacturers Association and Science, Research & Technology Trust had filed friend-of-the-court petitions with the Supreme Court in support of the bioculture motion and the project in Guayama.

The Economic Incentives for the Development of Puerto Act (Law 73), a bipartisan effort passed in 2008, lists research animal-breeding facilities as one of the activities the island will seek to establish to strengthen its attraction as an investment destination.

Earlier this year, the Legislature overturned a recently passed ban on animal testing, so medical research at certified facilities could be carried out under strict protocols.