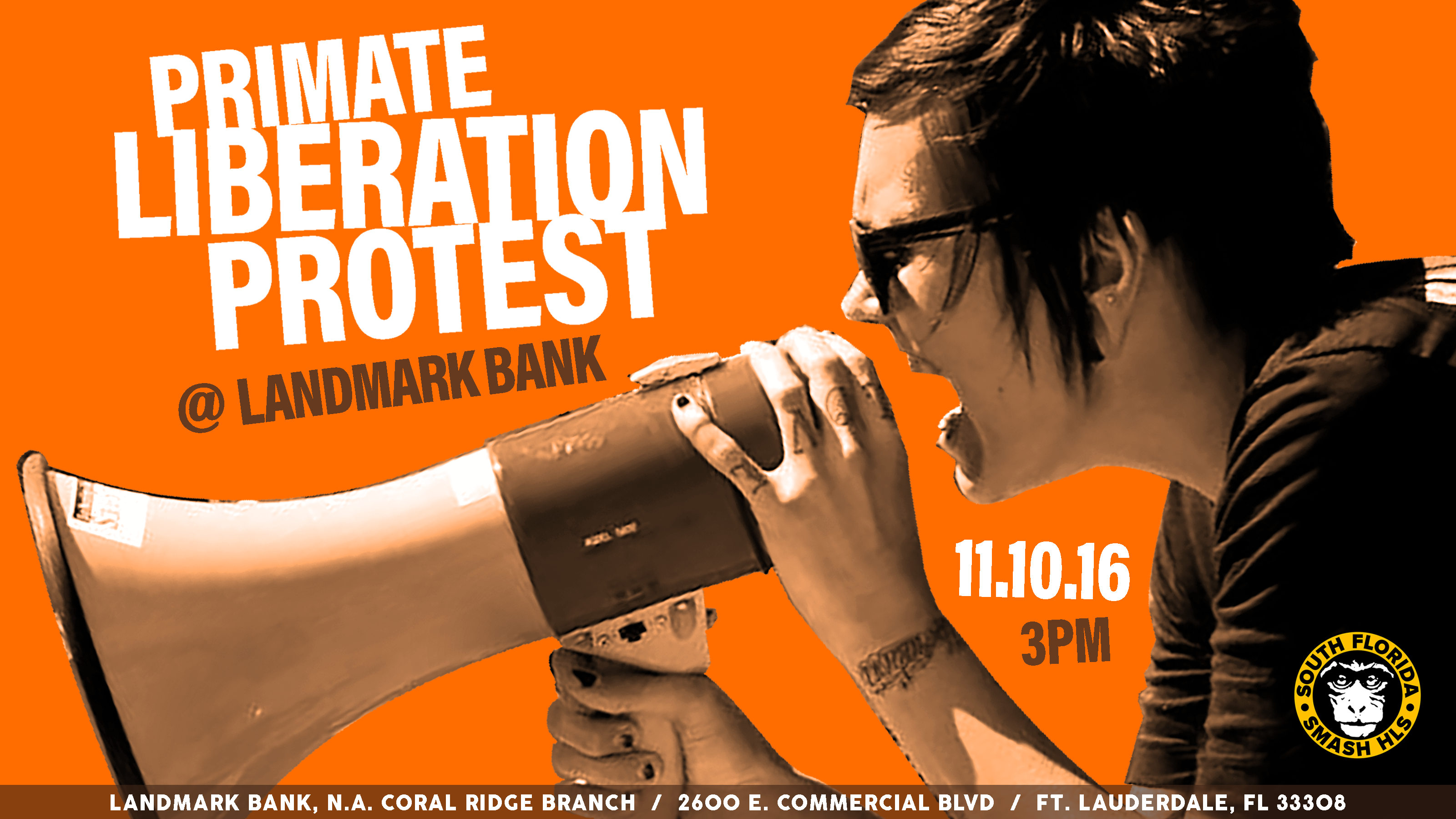 On November 10th in Ft. Lauderdale, hit animal abusers where it hurts: their finances!

Worldwide Primates has been on shaky financial ground since the #ShutDownWWP campaign kicked off in 2013. When acquiring the bank loan earlier this year, things were so bad that the company’s founder put up as security his condo, his mom’s house, and even the WWP breeding facility in Miami. In other words, Landmark is doing WWP a big favor. Let’s make them rethink it.

Join us for the first ever protest at Landmark Bank, where we will urge the company to withdraw its support for monkey torture while educating the local community about the issue. Signs and banners will be provided. Just bring yourself and everyone you know! RSVP here.