Posted by The Guardian 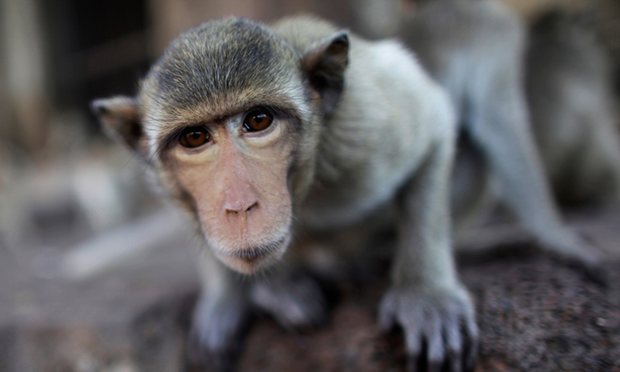 Nine US research centers that receive millions of dollars in federal funding are being investigated over the mistreatment of primates, prompting calls for the facilities to be shut down.

Incidents include the deaths of dozens of monkeys from strangulation, water deprivation and poor handling by staff. Other primates have died while trying to escape, while others have been injured so badly they required amputations.

Animal welfare campaigners called the litany of allegations against the research organizations “the stuff of nightmares”. The university and private research facilities hold thousands of primates for research and collectively receive more than $300m in taxpayer money from the National Institutes of Health (NIH).

Another facility, Shin Nippon Biomedical Lab (SNBL), is being sued by the USDA over the deaths of 38 primates between December 2011 and May 2016 at its facilities in Texas and Washington.

SNBL, which has been fined twice previously for violating animal welfare standards, has “failed to provide adequate veterinary care to animals and failed to meet the minimum standards for its facilities,” according to the lawsuit.

The lab failed to properly train staff, treat primate diseases or observe the animals, the USDA claims. Monkeys were regularly housed in squalid facilities and mixed in unsuitable groups, causing fights and injuries.

In 2010, four primates attempted to escape, with three dying after becoming entangled in wires or a chain link fence. Three years later, a shipment of 840 long-tailed macaques from Cambodia resulted in 25 deaths after the animals were sent onto SNBL facilities despite being in poor condition.

A host of other potential violations have been uncovered at other labs by USDA inspectors. The monkeys are usually macaques, spider monkeys or marmosets, used in research into infectious diseases or psychology. USDA documents reveal incidents including:

Last year, Harvard University and the University of Oklahoma both decided to wind down their respective primate research programs. The federal government has effectively shut down research upon chimpanzees, allowing many of the apes to be retired to new sanctuaries, but experiments can still be performed upon monkeys and other animals.

The USDA has become increasingly assertive in pursuing various institutions for poor welfare standards, however, Santa Cruz Biotechnology simply agreed in May to pay a $3.5m fine and give up its animal dealer license to settle allegations that it mistreated goats and rabbits.

“Millions of our tax dollars fund the strangulation, neglect and abuse of monkeys at SNBL and other facilities. Anyone doing business with SNBL – including federal agencies like NIH – needs to cut the purse strings right now. This place needs to shut down.”

Michael Budkie, co-founder of Stop Animal Exploitation Now (SAEN), said that several of the institutions under investigation have been previously fined and more severe sanctions were needed.

“What these monkeys go through is the stuff of nightmares,” he said. “The way these animals die conjures up images that you can’t forget no matter how hard you try.

“When facilities become this large they turn into assembly lines and there’s no way they can possibly care for all of these primates. It also makes it hard to trust any of the research coming out of them. I would look to close these facilities. If you repeatedly violate the law, you need to be shut down.”

Each of the research facilities were contacted for comment. A spokesman for the University of California, Davis, said it was fully cooperating with the investigation into its work, which includes research into HIV/Aids, Zika, Alzheimer’s and lung disease.

“Incidents at UC Davis involving animal care are rare,” he said. “When issues arise, they are reported to USDA and NIH as appropriate. UC Davis cooperates fully with all inspections and investigations. We learn from our mistakes to improve care for all animals.”

A spokeswoman for the University of Wisconsin, Madison said: “UW–Madison has a dedicated and caring staff of scientists, veterinarians, animal care technicians, and others who work daily to provide excellent and compassionate care for animals in our research programs.

“On rare occasions there are incidents, in which case we take corrective action where possible.”

Alpha Genesis said its animal welfare is “excellent” and performed well in a recent inspection. The other institutions did not respond by the time of publication.