Yesterday’s protest at Worldwide Primates was a success! Unfortunately for the company’s executives, it was also just the beginning of a long, action-packed day… 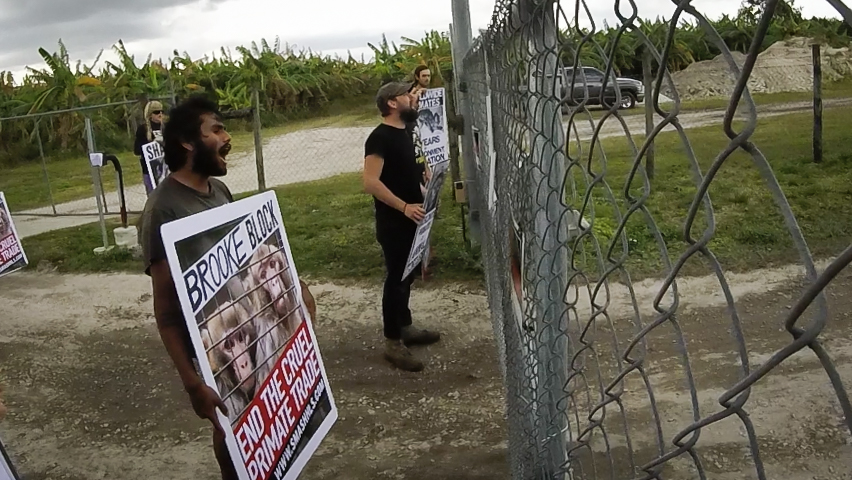 Smash HLS made sure to arrive at the company’s Miami facility extra early, just in time to spot some employees fleeing before things were scheduled to kick off. As has become typical among animal abusers, most of the Worldwide Primates staff drove off with no license plates in hopes of avoiding exposure. Given their career choices, it’s no wonder they don’t want public recognition for their work.

After an hour of chanting outside the company’s hellish gates, it seemed that operations manager John Resuta had enough. We made our message of liberation loud and clear for him on his way out: We’ll never back down, until you stop the killing! 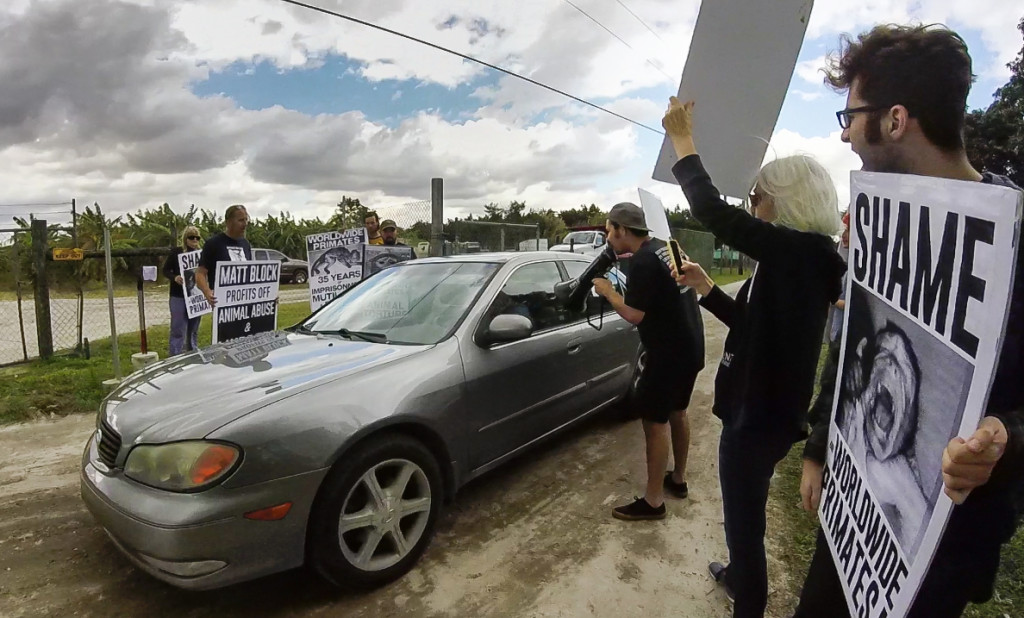 Then, emboldened by the haunting sound of macaques screeching just beyond the chain link fence, we headed out for part two.

Who doesn’t like surprises? Animal abusers, of course! That’s why we held an impromptu protest outside the home of Brooke Block, Worldwide Primates’ president and sole shareholder. We took advantage of rush hour to let everyone driving by know about the primate killer in their neighborhood.

Finally, to top the day off, we brought our voices and signs to one of Brooke’s favorite hideouts: her sister Rise Manten’s house. There we reminded Rise and the neighbors of the blood on her sister’s hands. As always, compassionate people were appalled to learn about the exploitation and death that Brooke and her family have built their lives on. Those connected to Worldwide Primates have a choice to make: Cut your ties with the company or deal with us! 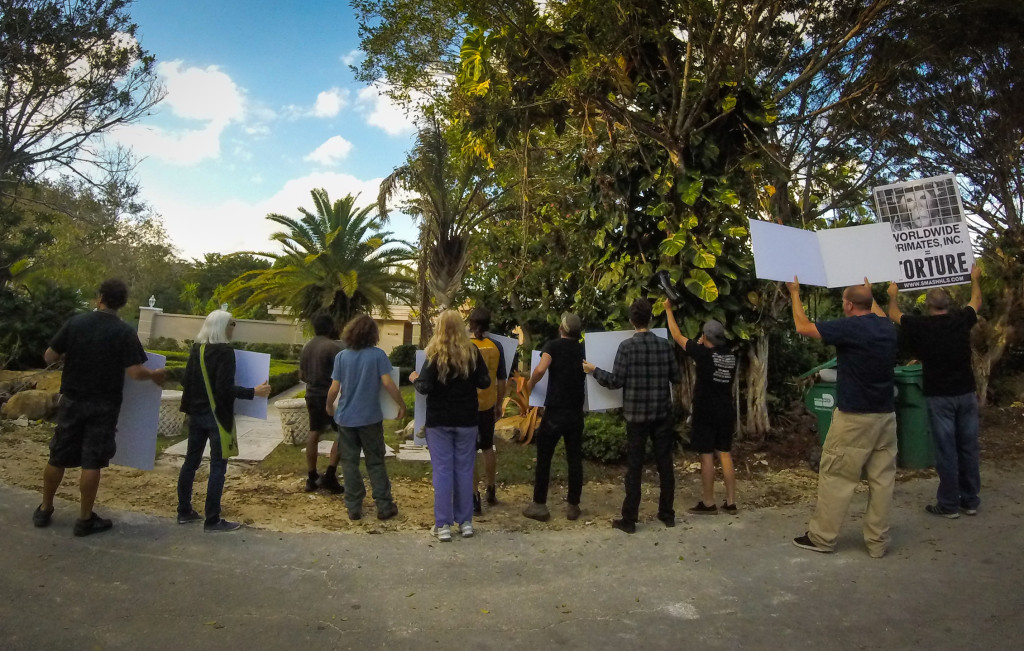 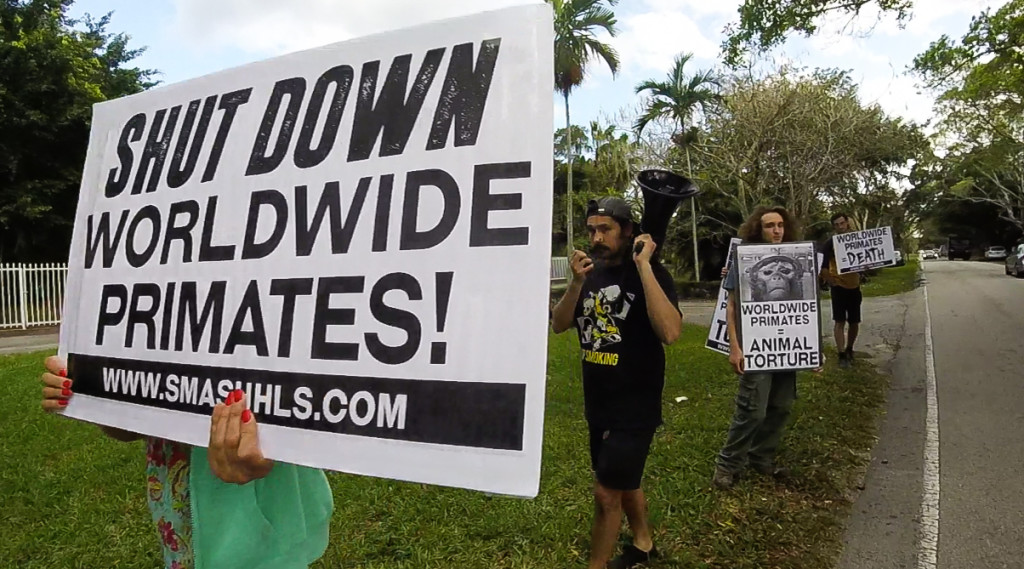