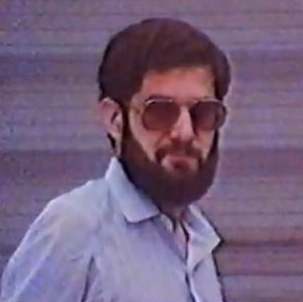 In 1991, the BBC aired a documentary called “The Ape Trade” about the black market trade in orangutans. The documentary, which won an Emmy for investigative journalism, exposes the nefarious activities of Miami animal dealer Matthew Block– the target of Smash HLS’ July 13 protest.

Members of Smash HLS will find parts of the documentary particularly interesting (click the below link). The BBC reporter traveled to Miami and attempted to speak with Block at 7780 NW 53rd Street, the building later sold to Primate Products. The reporter even got into a brief argument with the local police.

The building has changed very little in 22 years, and Matt Block is still in business. Join Smash HLS for a protest against Block and the international primate trade: https://www.facebook.com/events/669354649745391/