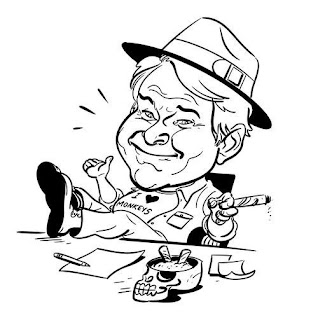 Donald Bradford is president of Primate Products, a South Florida-based research facility that imports monkeys from around the world and sells them to animal research labs. Some of the monkeys end up in controversial “vivisection” experiments. Bradford’s clandestine, warehouse-esque facility has long been a target of animal-rights activists.

A series of photos leaked from inside the facility earlier this year warns of a disturbing reality inside the industrial walls. The photos show several monkeys with severe — possibly fatal — head injuries, deep gashes into their skulls and faces. In the pictures, the animals are still and lifeless on tables next to numbered cards.

The company confirmed that the photos are real and were taken inside the facility earlier this year. Several institutions — including Nova Southeastern University — immediately announced they would stop doing business with Primate Products. The USDA opened an investigation.

But when reporters asked about the monkeys, Bradford, who, with his receding hairline, pastel polo shirts, and big cigars, bears a resemblance to Rush Limbaugh, eschewed any concern for the animals that have helped him afford the massive mansion he owns in Pembroke Pines. In a statement, he dismissed activist accusations of animal cruelty, saying, “They are completely healthy, healed, beautiful animals.”

Dirt Meter: 6 (If more people saw these pictures, there would be a louder outcry against animal experimentation.)